What I’m Tweeting About 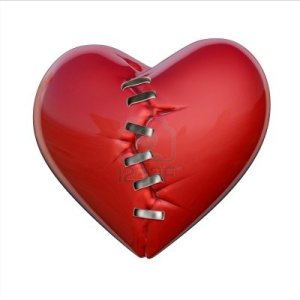 “Have you ever been in love? Horrible isn’t it? It makes you so vulnerable. It opens your chest and it opens up your heart and it means that someone can get inside you and mess you up. You build up all these defenses, you build up a whole suit of armor, so that nothing can hurt you, then one stupid person, no different from any other stupid person, wanders into your stupid life…You give them a piece of you. They didn’t ask for it. They did something dumb one day, like kiss you or smile at you, and then your life isn’t your own anymore. Love takes hostages. It gets inside you. It eats you out and leaves you crying in the darkness, so simple a phrase like ‘maybe we should be just friends’ turns into a glass splinter working its way into your heart. It hurts. Not just in the imagination. Not just in the mind. It’s a soul-hurt, a real gets-inside-you-and-rips-you-apart pain. I hate love.” – Neil Gaiman

Kind of a weird quote to start off a post in Healthy Gamer, huh? On Valentine’s Day, no less.

This is actually one I’ve been stewing on for a while. It’s not easy to step up onto the soapbox here and openly talk about the things that hide in the darker recesses of my brain and this particular subject was/is one that could go terribly wrong.

I’m sure it happened before the time I’m going to cite, but it was the first time I remember it hitting hard. I was a teenager, I don’t remember exactly how old. One of my best friends at the time was a girl I had a very strange relationship with. We were very close, in many ways we were like a couple. We never actually dated or got overtly physical, but there was a strange sexual tension between us. Being a teenage male, after a while, this grew from a comfortable (if odd) intimacy to a point of frustration. Eventually, this built to a breaking point where I asked her why we weren’t more than we were.

She told me that she felt no physical attraction to me, and it was impossible for her to take it further without that element.

As an adult looking back, I appreciate her honesty, and even agree with the sentiment. Physical attraction is important. It’s also defined by a lot more than body shape. As a teenager, I was considerably less understanding.

I was so many things to this girl, but when I felt that a physical component to the relationship should be expanded into, I was flatly rejected. I didn’t have much in the ways of self-worth/self-esteem at that point in my life. Some of this can surely be chalked up to being an angsty teen prone to getting his feelers bent. That experience is certainly not unique to me.

I took that hurt and used it as a weapon against myself. Punished myself for having the sheer audacity to think that someone could look past my weight and judge me for my other merits. They didn’t exist as long as I was heavy.

I’m not going to get all Dr. Nerdlove on you here, nor am I going to point out the HUGE flaws in my thinking at that point in time. They’re not important for what I’m trying to communicate today.

Hell hath no fury like a fat kid scorned, and this led me into an emotional domino chain that made me feel bad about me through her. At the end of it, I told her that she was cancerous, and I never wanted to speak to her again. A person I’ll remind you was one of my closest friends and a near constant fixture in my life. She protested, but I was adamant. I wanted her out of my life, and I pushed her out. I didn’t talk to her for over a decade after that. While that was more than a little extreme, it all worked out for the best. Strangely enough, this same woman is now one of my closest friends and biggest supporters.

In the digital age, this has manifested a number of times following the pattern: meet a girl online, sparks fly, talk, crush, meet in person, and the butterflies all suddenly drop dead.

Realistically, there are lots of reasons that this could happen. In my head, there was only one reason. I’m still inclined to believe I was right about my assumptions. There was one girl who point blank had said to me “if you were in shape, you’d be really hot.” Another girl told me that she felt a very intense connectivity to me, one that rivaled connections she’s had for years, but…

Again, what defines attractive is subjective to the person. Beauty really is in the eye of the beholder. I’ve dated enough to know that not everyone thinks that way that I think they did.  Which forced me to recognize that it wasn’t them, it was me. I had a serious self-image problem, and every rejection just confirmed all the horrible things I thought about myself. Confirmation bias can be a real bitch.

Never you mind that the successes didn’t have the opposite effect. What I consider to be my most successful relationship had the woman and I meet for the first time in person and inside of 10 seconds, we were giggling and kissing..for the next 90 minutes. Which flies right in the face of everything I’ve said here. The real kicker here is that looking back, I’ve enjoyed considerably more success  (if short-lived) than I have rejections. Up until fairly recently (in the past few years) any success I attributed with the ladies, I chalked up to my charms disabling their senses.

Yes, I can be a charmer. I’ve been accused of having a quick, silver and honey-dripping tongue on numerous occasions. It’s one of the things I actually really like about being me. But this is the really fucked up part here. I was simultaneously convincing myself that A) no one would ever willingly opt to be with me and B) that I could somehow “trick” people into it. Talk about hubris. People make their own choices, and those women did nothing that they didn’t choose to do themselves.

The Captain Hammer Project has become more than a plan to get in shape so that I can pull off the weakest cosplay in the history of cosplay (although I will argue that my costume is harder than anything any of my costuming friends have ever tried to pull off) It’s about getting healthy. In body, and in mind. It’s about trying to connect to the other people out there who have put themselves through the various hells I have chosen to put myself through, and tell them not only are they not alone, but that we have the choice not to crucify ourselves on the smug (and wholly incorrect) belief that being heavy makes us strictly undesirable.

This particular point is not over. I wouldn’t leave you all hanging on this misguided hate train on a government mandated day of affection. Tune in tomorrow for the second half of this and the bigger picture.

3 thoughts on “Love thyself. Or not.”