There are no seven wonders of the world in the eyes of a child. There are seven million. ~ Walt Streightiff 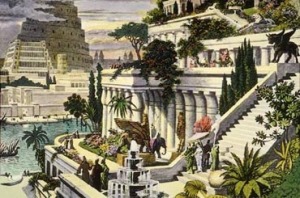 This past weekend was DieCon,  and being the helpful friendly nerd I am I was in attendance to help other nerds learn to nerd. For the most part, I was teaching people how to play Thunderstone  and Infinite City (I forgot how much I actually like that game and should do a write-up on it). I made some new nerd friends (hi guys!) and saw some old nerd friends (hi guys!), and also got my first Tarot deck (technically second, but the first one totally rubbed me the wrong way) The Steampunk Tarot  It also afforded me an opportunity to talk shop with Jeff of Steamfortress Victory  and to play a few other games like Wok Star  and Chaos in the Old World. I made arrangements to get a series of Battlestar Galactica games played. Woot! And how is it I haven’t written anything about one of the best games in the history of ever? *grumbleslackergrumble* Lastly, I brought myself back to the ring to take another shot at a game my last run-in with was a bit suspect. END_OF_DOCUMENT_TOKEN_TO_BE_REPLACED